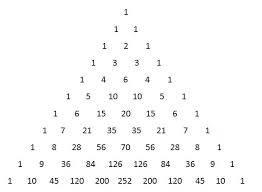 This article is intended to show a simple introduction into number theory, and give readers some insight into the applications of number theory in encryption.

Division
The first piece of knowledge you need to make sense of this is division. Note that this is not just 10/2=5, this is a general definition of the concept that will be used later on in the article.

Let 'a', 'b', 'c' be integers. Then these are a few tautologies (something that is always true):

Here are a few tautologies (the first one being the most important in this case):

Greatest Common Divisor
The greatest common divisor of two integers 'a' and 'b' is the largest integer 'd' such that d|a and d|b. This is denoted by gcd(a, b).
Two numbers are considered relatively prime if they don't have any common factors (besides 1).

Here is the link to a collection of functions containing the Euclidean algorithm for finding the GCD of two numbers: Math Functions
This is written in Python, but it's a fairly simple algorithm that should be easy to convert into whatever language you're comfortable with.

Multiplicative Inverse
Given a=b mod m, there exists 'A' such that aA=1 mod m
The inverse only exists if the gcd(a, m)=1

This can all be applied to when creating simple encryption algorithms and reversing them. For example, suppose that messages are encrypted using this formula: F(p)=(ap+b) mod 26 such that gcd(a, 26)=1 where p is the original data, a and b are integers, and F(p) is the encrypted data.

Here's how you can find the decryption algorithm:
First break the problem down using the definition of modulus: F(p)=26k+ap+b
Isolate 'p': F(p)-b+26k=ap
Convert it back to modulus form: ap=(F(p)-b) mod 26
Find the multiplicative inverse to solve for p: p=A(F(p)-b) mod 26