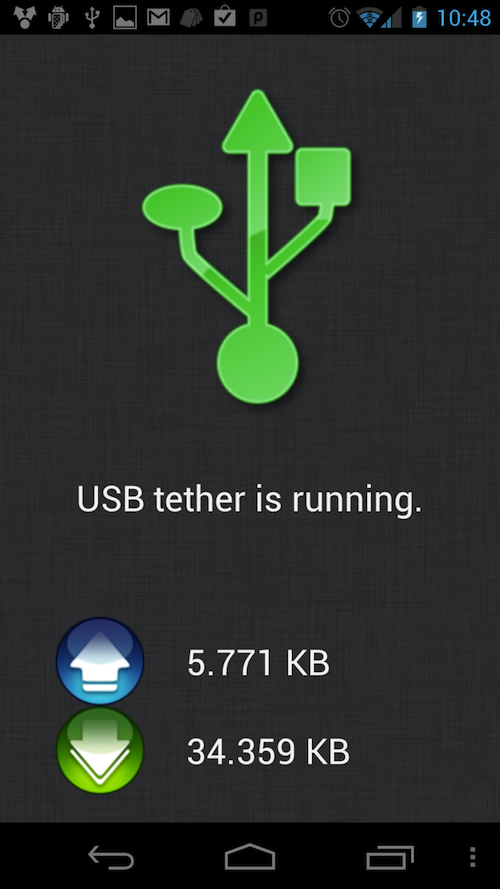 When the idea that your smartphone's data connection would be able to be shared by your laptop with no additional charge, everyone seemed to be on board over the past year, carriers have started up extra costs for this and have struck down all attempts by apps to sidestep the process , until now.

What one of the most well-known hacker/developers in the world Koushik Dutta, aka Koush, has done is to create a non-market app that allows you to use your smartphone as an internet hotspot, doing so without adding costs to you beyond what that data would cost to you on your smartphone on its own. And it's completely (nearly) undetectable by carriers.

"Over the last month, I've been working on a new app. Tether Alpha is a USB[2] tether solution for Mac, Windows, and Linux that allows you to use your phone's data connection to get internet access on your desktop or laptop." Koushik Dutta said.

ClockworkMod Tether is an alpha application that enables wireless tethering on Android devices. The difference between this and most other solutions is that it:
-- Doesn't require the phone to be rooted
-- Doesn't require a monthly tethering plan from your carrier
-- Will supposedly not be detectable by carriers thanks to a workaround to be implemented.

The above links should automatically install the Android portion if you have USB debugging enabled on the phone, but if something goes awry, here's the Android APK, Get Here.

Koushik Dutta said, Future releases may include a Bluetooth version, as well as better client apps for all supported operating systems.